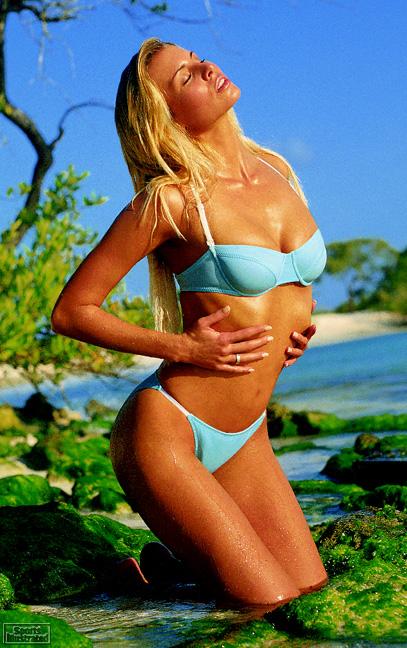 Best of luck to Niki Taylor on Celebrity Apprentice, but this is still what I see when she’s on screen.

PS: well she got fired, so there’s not much that’s going to change the above visual perception. OTOH, for once, a Project Manager stepped up when a project failed, so that’s certainly adds a lot of respect to my perception of her character.

They’re big, they cost an arm and a leg, and they pass out the same stuff. But apparently a white elephant’s value is determined in part by whether it’s fed arugula or ruffage:

If elected, a Liberal government would join the province and city in footing the building’s bill because it would be “a public space that promotes culture.” Similar funding would be available to public spaces in other regions of the country, he said.  A structure devoted to spreading the Roughrider culture in Regina, for example.

You can practically smell the sneering, can’t you? The obvious hierarchy that if it’s not a “museum, theatre or concert hall,” it’s not worthy to be mentioned in the same sentence as “culture.” We’ll just ignore the fact that one of this country’s most beloved piece of literature is about sports apparel, and the most compelling part of the Art Gallery of Ontario is its European collection.

And yet, what is the justification for funding a museum, arena, or whatever? In economics, we talk about “public goods,” which are generally defined as goods and services that are:

When goods and services have these characteristics, the government can make the population better off by providing them. But on first inspection, sports and arts facilities don’t fit those criteria. ScotiaBank Place and the National Art Gallery do a good job making sure I have a ticket when I go inside, and once I’m on the other side, the building is certainly able to take in one less person. So the general argument moves on to things like less concrete spillovers, like that feel-good feeling one gets when Canada wins gold medals in the Olympics, even if one never pays a cent to supporting Canadian Olympic athletes.

Here is where the economics and the culture come together. A popular argument against funding arenas is that we take taxpayer money to pay for billionaires to build arenas where millionaires play sports. But, really, that shouldn’t matter at all, if there are still benefits to society that those billionaires and millionaires can’t find a way to capitalize upon (though my guess is, through their control of media distribution and merchandising, most of the gains from a sports team’s presence are internalized).

And what about that concert hall? Well, most of the benefits from having a symphony orchestra, or other “high-brow” art, go to those who directly patron the facility, who pay to go. Whatever good vibes the rest of us get, I would argue are felt by less of us than the vibes that we get from sports. Which means, I suppose, that advocates are saying that the public benefits that each beneficiary gets are somehow more, or better, than those from an arena. It’s not impossible: the art gallery and symphony orchestra may bring in the “creative class” that Richard Florida tells us is the future. But rest assured that it’s the kind of benefits felt by people who would roll their eyes at the “bread and circuses” culture of us unrefined folk.