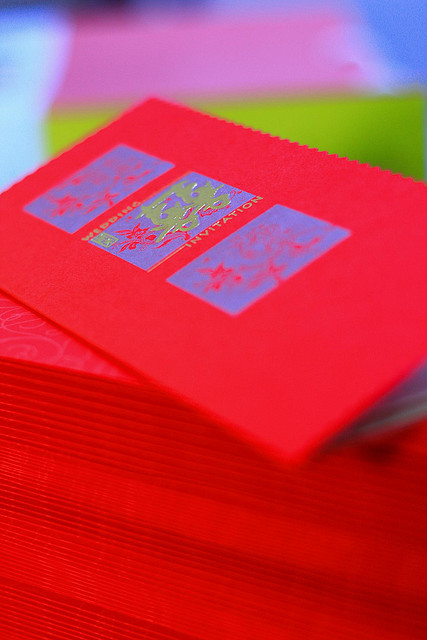 Future Ted: When you’re single and your friends start to get married, every wedding invitation presents a strange moment of self-evaluation. Will you be bringing a guest or will you be attending alone? What it’s really asking is where do you see yourself in three months? Sitting next to your girlfriend or hitting on a bridesmaid? I always checked that I was bringing a guest. I was an optimist.

Sorry, but I refuse to answer hypothetical questions unless in gilded gold text on gaudy scarlet paper.

Dammit HIMYM, you did it again.

Ted: All my friends from high school: they’re here with their wives, their kids. Me? My date for the night’s a sticky magazine.

Robin: Sounds like high school all over again… …sorry, it was right there.

Ted: I used to believe in destiny, you know? I go to the bagel place, see a pretty girl in line, reading my favorite novel, whistling the song that’s been stuck in my head all week, and I think: “Wow, hey, maybe she’s the one.” Now I think: “I just know that bitch is gonna take the last whole wheat everything bagel.”

Ted: In what? Destiny?

Robin: Chemistry. If you have chemistry, you only need one other thing.

Ted: And what’s that?

Robin: Timing. But timing’s a bitch.

Okay, I need to end on a much lighter (yet literally heavier) note: geez, what happened to Victoria’s arms? I guess that’s what happens with years of professional baking.

When the lockout was happening at Canada Post, it made me wonder how, in this day and age, private courier firms can still seem to f*ck things up so royally compared to a Crown Corporation.

I imagine that in the business world, door-to-door courier delivery is pretty much a settled affair. But in a world of online retailers, there are a lot of consumers that need packages delivered, and they only really see the receiving side. The demands are not that absurd:

If I order something from Amazon or Indigo and it comes in by Canada Post, I usually would miss the delivery, but it will be waiting at the nearby post office by the time I’m off work. I go home, retrieve the delivery notice, and have what I ordered by the end of the day.

But heaven forbid I order something and make the mistake of shipping by FedEx (ClearlyContacts) or I’m forced to choose UPS (TigerDirect). The usual process is:

I have no idea why they make me jump through hoops to do this. UPS and FedEx have locations everywhere but one cannot actually receive anything from them. Shipping with Canada Post is like playing darts: it’s not expected to hit the bull’s eye every time, but generally at least the dart makes contact with the dartboard. UPS and FedEx are like NATO snipers in Afghanistan, setting world records for accuracy when on target, but off by half a heartbeat and the bullet is sixty miles away in the woods. This is not a system to take pride in, in an age where the vast majority of parcel demands are not asking for pinpoint precision in the first place.

A more recent experience with DHL proved much more accomodating: they called when I was at work, and I had them reschedule. The time was still relatively nebulous, but work and home are close enough for me that it wasn’t a major issue and I picked up my package before it got swallowed up by the innards of the courier system. I don’t understand why nobody else tries this.

Ted: Okay, I’m gonna say something out loud that I’ve been doing a pretty good job of not saying out loud lately. What you and Tony have, what I thought for a second you and I have, what I know that Marshall and Lily have: I want that. I do. I keep waiting for it to happen, and I’m waiting for it to happen, and… …I guess I’m just, um, I’m tired of waiting. And that is all I’m going to say on that subject.

Stella: You know, I once talked my way out of a speeding ticket?

Stella: I was heading upstate to my parents’ house, doing, like, 90 on this country road, and I got pulled over. So this cop gets out of his car, he kinda swaggers on over and he’s like “Young lady, I’ve been waiting for you all day.” So I looked up and I said “I’m so sorry, officer. I got here as soon as I could.”

Stella: No. It’s an old joke. I know that you’re tired of waiting, and you may have to wait a little while more, but she’s on her way, Ted, and she’s getting here as fast as she can. 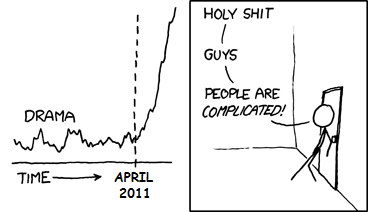